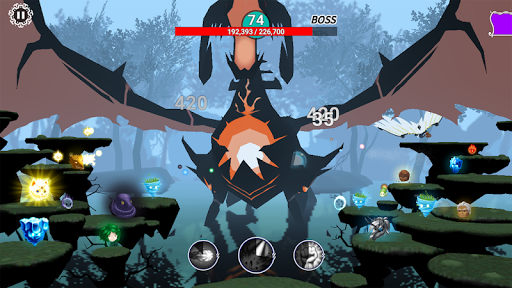 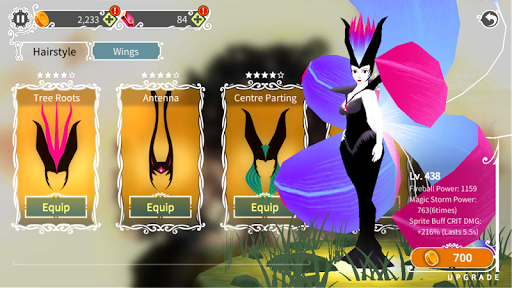 Explore the forest, collect sprites of nature, empower and upgrade them, fight monsters, and crush them. Save and recover the World Tree.

In this epic fantasy idle game, you take a role as a witch, as a commander of the army, as a keeper of the forest, fight monsters and purify the world.

Find sprites those hiding in bushes, recruit them, promote them, and strengthen them to defend our homeland.

Defeating monsters step by step, corner by corner of the forest, lighten and purge the world of magic.

■ Build up your army

In this war, you need to not only gather an army but also build them up to crush monsters and win the war.

Gathering resources, conquering monsters, and all the controls are quick and easy, just like popular clickers!

■ Story
The forest was beautiful and tranquil due to the World Tree and the witch, the sources of magic.
One day, the world tree began to burn because of an unknown power.
The witch, the guardian of the forest, lost her power, and the forest became contaminated.

Owing to the Light Sprite’s sacrifice, the world tree began to sprout again, and the witch awakened.
Grow the World Tree to recover the magic power
to purify the forest with the witch and reveal the mysterious power!

■ Game Description
1. Collect spirits to restore the world’s magic.
2. Explore the forest and collect various items.
3. Upgrade and craft equipment to strengthen your witch.
4. Purify the forest by defeating monsters.
5. Quick and easy clicker battles.
6. Decorate your witch with beautiful and unique hairstyles and wings.
7. Conquer the mysterious tower to reveal the source of your power.

Unique style of Indie game, never seen before.
Casual RPG to grow the world tree!
Feel free to play for as long as you like.

※ We do not collect or use personal information.
※ Caution: Offline game
– All data is kept only on your device, so please use the cloud save.
– You can set the cloud save manually in the preferences of the game.
– You can load the cloud saved data only once at the first launch of the game.
※ If the data is broken, try rerunning the game.
1. Improved cloud load/save function.
2. Wings already owned are excluded from the event.
3. Minor bug fixes and optimized performance.
4. Development is slow due to Covid-19. please understand.