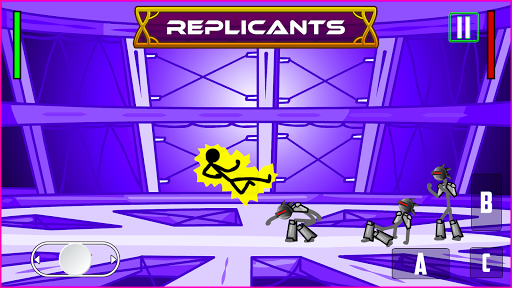 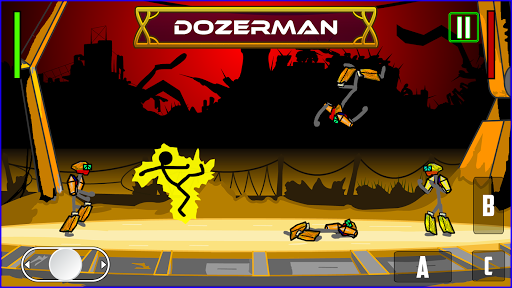 If you like fighting games and stickman games, this game is for you! Play Mobile Stickman, Stick Fighting Games Now! 🏆

To challenge RHG stick fighting game you must use impressive skills. Stickman with different fighting skills is a stick warriors game that everyone can love, both exciting and playable (no energy and power required).

● Stickman games are also popular in the world as they are easy and exciting to play. In this stick fighter stickman game you can make classy fighting moves to your enemies and crush your opponents! Stickman’s greatest skill here is that he is different from enemies and has incredible fighting skills. The other biggest difference is that it is an electric stick warrior.

● World’s best fighting game with Extraordinary stick fights. Compete with the enemy character throughout the match in this unquestionably competitive match. Be prepared for a tug-of-war with your melee skills. Get ready to attack the rivalry enemy character to get ready for the duel now!

Airborne Double Hit combat ability 👊
This fighting move is a must-have fighting skill for a stickman warrior. You may need to use this move if you are in a difficult situation with stickman warrior. You can instantly knock down enemies from both left and right!
The electrician is the only way to defeat and get rid of the enemy that follows and the enemy in front of him, while fighting any enemy. Known to the known as your favorite fighting skill in stickman games.

Kicks – fighting skill 👊
The simplest stick fighters skill: You can kick enemies to the wall with a significant amount of energy. This is its greatest feature. Half the enemy’s life
it can go down! There are two different beats on the C key. A different fighting skill is used depending on the enemy’s proximity.

Download now for free in this best stick wars you have ever seen: stickman fighting game, start playing and enjoy!
Download the legendary Stickman: Electric Man – Stick Fighting Game! and start using the amazing fighting skills of the stickman. Graphics and sound effects with easy key combination will definitely provide the best gaming experience for you and your friends!
The stick warrior is a being with special abilities. Ready to take down Enemy characters with tournament mode?
🧿 Help improve the game by giving 5 stars. (Evaluation)
🧿 Main Character lag issue has been fixed.
🧿 Joystick issue has been fixed.
🧿Stick man fighting skills Improvements.