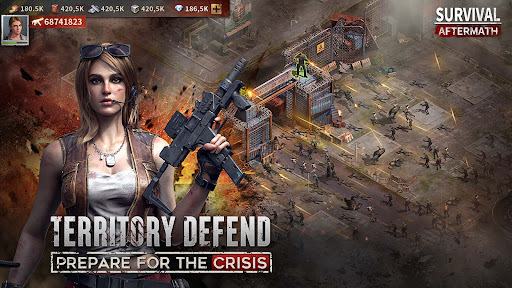 The zombie apocalypse threw humanity into the dark ages. Now, YOU are the light. Survival by raising massive armies of machines, explosives, and gritty human soldiers. Revive civilization by slaying the zombie hoards, rebuilding your city, rescuing refugees, and bringing new global prosperity. Thrive by forming alliances with other commanders from around the world, crushing your rivals, and seizing the Capital so you may lead the new age of humanity!

※DIVERSE HEROES DEVELOPING
You can build a hero to be proficient in command, combat, develop, or both. Don’t you want to try a burserk secretary?

※MULTIPLE SOLDIERS
Build your army with Warriors, Shooters, Vehicles, or even with Zombies! But only one set of units may not able to conquer your enemies, use your unique composition and beat them.

※ STRATEGIC WORLD WIDE COMBAT
You may have to competing resources with your enemies across the world, beat them and lead your allies to victory, tell them there is only one king in this wasteland.
IDS= com.tapplus.zg.gp