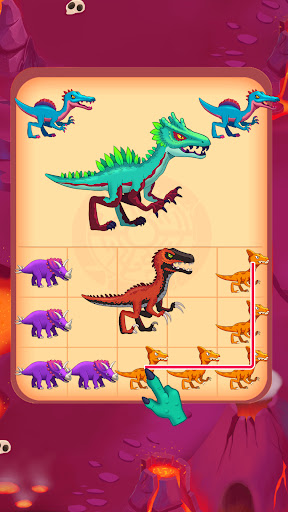 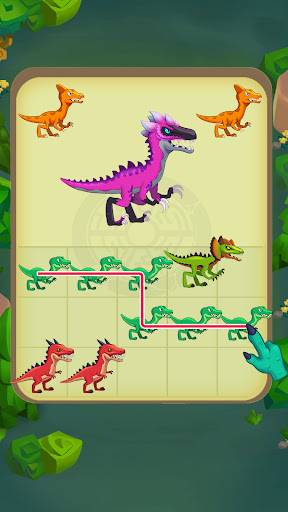 Will you take part in the Fusion War? Merge, fight, and challenge yourself to become the ruler of the merging war.

One of the most outstanding real-time strategy games is Merge Master – Fusion War.

Your mission is simple: summon dinosaurs on the battlefield to fight the enemies using your tactics. Battle dragons, monsters, and other dinosaurs. The monsters’ assault and defense become stronger as the level rises. You must fuse your troops into a giant monster as fast as possible if you truly want to win!
Attack the enemy’s strongholds and own the arena.

Use your strategies and tactics to win the battle and move to the next level.
Unlock more new powerful dinosaurs.
Grow your dinosaurs and warriors from simple soldiers and velociraptors to terrific monsters when you merge them. Draw the proper combination with your finger to evolve your monsters.

Only 1% of players finish the game and unlock all of the creatures. Are you ready to take on this challenge?

HOW TO PLAY
– Merge your troops to grow your powers.
– Grow into a colossal and terrifying monster.
– Make decisions quickly, otherwise, the other big creatures will crush you.
– Merge as quickly as possible, and fight all the enemies.
– Become the most powerful and dreadful creature and conquer the battlefield.