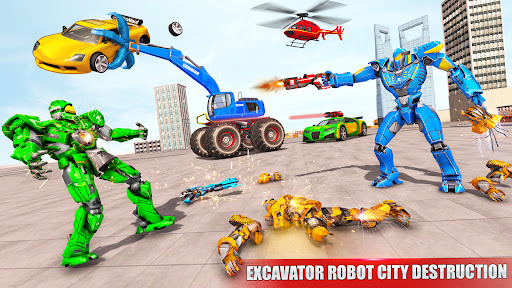 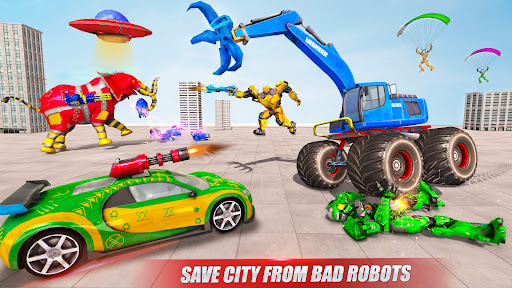 This robot game simply consists of three different types of modes. Thrilling storylines and exciting gameplay makes a unique feel from others. In first mode, go and compete against all vicious powers to get unlimited coins and diamonds. Second mode is mech warrior mode in this car robot game. You have to face vicious mech fighters in grand robot wars who are strong enough that they can easily destroy you. You are playing a role of super hero who is last hope for civilians of futuristic city.
Just imagine you are present in the city of crane robot car games and deadly shooters have entered into the civilian’s city & started killing innocent people. Enhance the abilities of your ultimate hero in this car robot game by different ways. Kill all the grand enemies who are causing destruction in the battle city of excavator robot game. Face the terrible shooting forces in the last mode of elephant robot game to finish all destructive enemies.