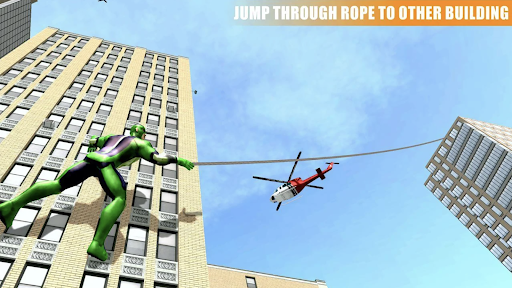 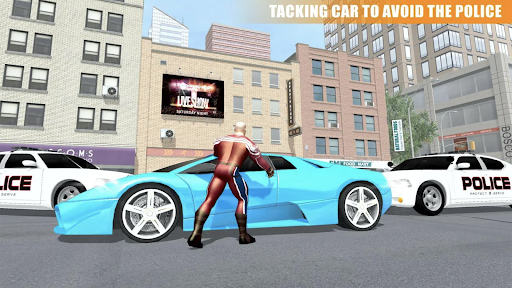 BECOME SUPER ROPE HERO AND FIGHT FOR GLORY
Open world crime games and shooting games are now becoming dear to all new players who want to enjoy fun, action, fighting, driving, and entertainment at a single place of street stunt flying robot fighting games. Be a part of Miami Rope Hero crime city action games where you drive an amazing car or motorbike.
Miami Rope Hero Spider belongs to super hero games, real gangster games, and open-world crime simulator games. This is a total action-packed crime game where the city is full of gangsters & mafia criminal activities.
The people are full of fear. So join in the great criminal war of city gangsters. Be the amazing hero and get all about crime city wars, big city robbers, car robbery games, and Miami crime city spider games.

JOIN ENDLESS SPIDER SUPER HERO FIGHTING EXPERIENCE
Miami Rope Hero Spider is an open-world action crime game with a real crime story. Miami Rope Hero Spider has exclusive features such as its power to fly across city rooftops or drive amazing cars. Big city crime gangsters have taken over the crime city of Miami hard and the last hope of the people is the hero of the flying rope. This super hero possesses the ability to eliminate the mafia from the city. The super hero will bring out violence and crime from the city. Win the battle against Miami criminals with this Miami rope hero action game.

PARTICIPATE IN FIRST PERSON IN THE FIGHTING AGAINST MIAMI MAFIA
Experience the powerful action simulator grand rope hero crime game. Climb the wall and secretly jump to the roof of the building to fight with the criminal gangs of the enemy mafia. Because Rope Hero is the only hope that can fight the criminal mafia in this super crime city action game. Take a super rope and struggle against the great war criminals who want to kill you. You are the real super hero in this Miami crime city action game. As a Super Hero, your duty is to be a threat to every gangster and mafia lord in a crime simulator. Become a great action fighter in Miami. Enjoy playing Miami Rope Hero Spider.

BATTLE AGAINST MIAMI MAFIA GANGS
In the Miami Rope Hero simulator, most of the missions will be on the streets. Fight against the crime. Remember! You are a super hero. You will fight various mafia gangsters from Miami city. The game contains stealing and driving super cars, shooting guns, and more crime in this open world game. Try out all the super cars and bikes.

UNLOCK POWER FULL ITEMS, BE THE ULTIMATE FIGHTER
The Miami Rope Hero has special Powers to beat crime. You can shoot a rope to a building and climb over the building to the top. Your legs are also very powerful so don’t underestimate them. Kick out the gangster by heavy punch and super kick. Conquer the crime world utilizing your futuristic super powers and hold the title of new boss of thisRope Herocrime simulator.