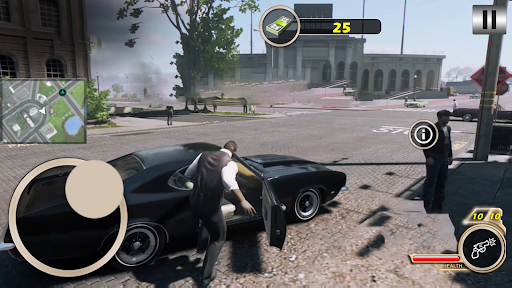 In Battlegrounds City Mafia you are the boss that takes care of the power and growth of your mafia. You plan and decide which criminal missions your mafia members conduct. You have to act strategically and adapt to the different situations in the city.

Be the best fighting mafia member in the city, become the most popular mafia gangster to complete all survival missions of mafia crime.

There are many ways to get to the top and there is no limit on what you can achieve. You can make long term plans to overthrow your enemy, by forging friendships with other powerful families and players
IDS= com.akashtech.battlegroundscitymafia