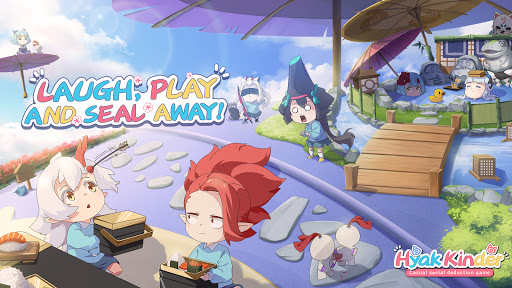 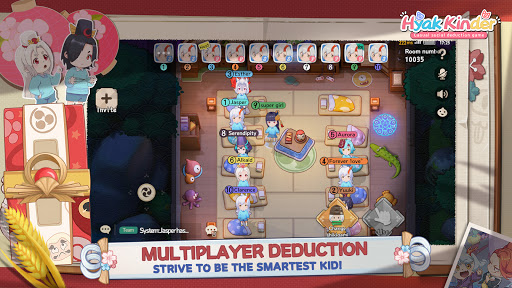 Become a cute shikigami and join your friends in the kindergarten scramble. Complete your tasks and then… sudden betrayal! The game features fast, 3-minute rounds, which means you can hop in and out at any time you want. Invite your friends and family to re-experience the fun of a simpler time: childhood!

[Game Features]
– The fight between two factions
Students: Kamaitachi brothers, come measure your heights! Now stand still!” “Why did the vending machine break down? Let me fix it!” — Complete unique tasks together, but look out for the Prefects who are hiding among us in plain sight! Stick together to avoid getting picked off one by one, but remember to stay vigilant, because the trusted teammate at your side you could be a Prefect scheming to take you down!
Prefects: This is the kindergarten’s ultimate trial. How could we let you pass it so easily?” — Prefects follow Students around, and seal anyone who’s been separated from the group when they least expect it! Hide your trail using teleportation fields, and control the discussions to avoid getting voted out!

– Real-time voice chat! Cross geographical barriers and explain your reasons!
Despite the pandemic, we can still get together in kindergarten! Make use of the 120-second voice discussion to share information in real time before voting. Of course, general chitchat is also welcome!

-Party online ! Act out your role, then deduce away.
“No.7 is the one who did it. They appeared near the teleportation field that leads to the room where the Paper Doll was found!” — Observe your surroundings, for there’s always someone who’s lurking with an ulterior motive instead of doing tasks. Of course, there’s also the chance you could witness a “crime” or see someone walking out of a teleportation field. If you do find yourself in that situation, turn around and bail!