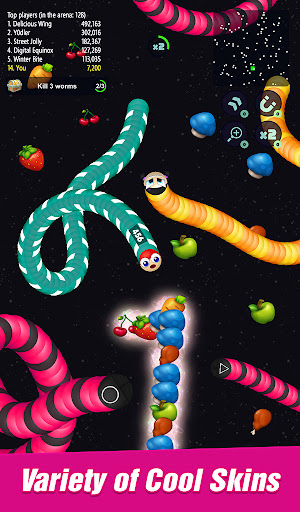 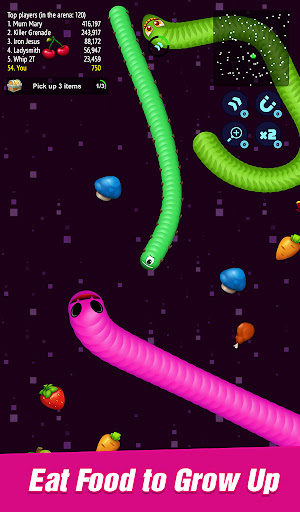 Being at the top of the snake arena rank is extremely satisfying. Let’s take part in this battle and defeat players from all around the world. This tutorial will show you how to defeat your snake rivals in this intense multiplayer io game 🐛

Worm.io: Slither Zone is a modern context of the Classic Slither io game, where you will slither into stunning worm world to battle with multiplayers. Replaced by beautiful graphic while remaining the same old-fashioned slither io gameplay, this game probably steal your heart from the very first battle.

✨PRO TIPS✨ to be a master of this game 🤫
– Use just 1 finger to control. Move your worm around
– Speed up by tapping both sides
– Go fast to the center of the map and steal food from enemies.
– Cross the path of bigger crawling snakes to get them to run into your body.
– Trap other players by circling them.
– Take the fight to others in multiplayer games online games competitions.