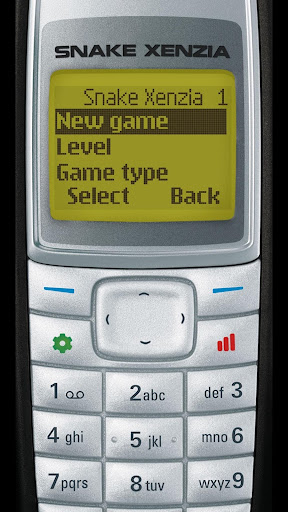 Classic Snake game is very famous in many years, especially in feature phones. The Snake original was invented many years ago (1974) by a Russian developer and then become most played arcade game on mobile in decades. It is also called “yılan”,”ثعبان”,”เกมงู”,”스네이크”,”مار”,”スネーク”,”贪吃蛇”,”Rắn săn mồi”,”Змейка Классическая” in many languages.

That time, Snake Xenzia Classic was like a storm that infuse a new wave in our high school. Everyone who have a 1110i played Snake Xenzia, they compared score, they try to break the record, and they have fun. Snake Xenzia is a great memory of our life, for rewind purpose.

One day, I and my friends gathered, talked about mobile game and of course, Snake Xenzia on 1110i is top of mind. So, I decided to remake Snake Xenzia Rewind to celebrate our rewind youth with the very 1st mobile game experience.

Like we played on feature phone, Snake Xenzia Rewind – the Snake retro version that has an antique screen with physics keyboard, LED screen display and the same gameplay (playing with 2468 buttons) . The difference between the old Snake Xenzia and Snake Retro Classic is now you’re playing on a touch-screen.

In this new version 2.0 of Snake 2K Classic, we add 8 bit sound, ranking, setting option to remove Ads and especially the Box mode beside Classic mode. The other mode: Rails, Mills, Apartment, Tunnel only integrated in Pro version of Snake 97 Classic retro phone.

Let’s experience the past in the present with Snake Retro Rewind
Best Regards from Vietnam,
HALA team,
What’s new?
Now, you are world ranked. You have sound and 2 modes to play!