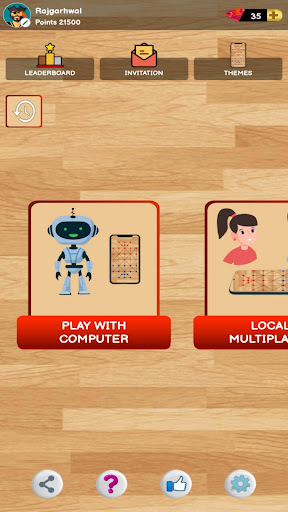 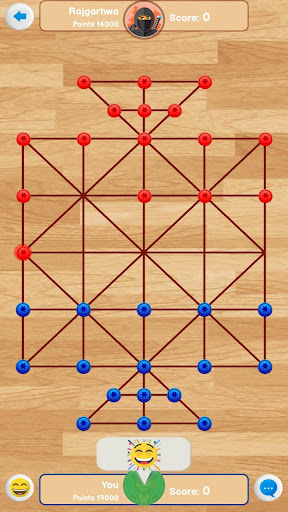 After the huge success of All Align it Games We are launching Bead 16 – 16 Guti Game, a two-player abstract strategy board game similar to draughts and Alquerque as players hop over one another’s pieces to capture them.
16 Guti is a very famous and most popular game in South- East Asia. It is also popular in other parts of the world because it is similar to board games like Chess and checkers. In Sixteen Soldiers Game the player who captures all the other player’s pieces( 16 pieces) wins.
In India, This game is known as 16 Goti (16 Kaati game) and Indian checkers.

Bead 12 ( Baro Guti ) is a traditional game, a famous game variant of the bead 16 game. This Bead 12 game is known by different names in different countries. In Bangladesh this game is known as “Baro Guti, in India, it is Known as Bara Tehni.

So enjoy Sholo Guti and Baro Guti Game with precise controls and fluent graphics. The First Move and Color of your disc is decided through toss. In Multiplayer Damroo Game You can challenge and play with friends and family members.

Damru Game is a great way to pass your free time. Indian Checkers is one of the most popular multiplayer Strategy games in the world. If you are already a Pro than switch to the Online mode and get ready for real brain action by Playing 16 Goti Game or play With Computer to train your brain.

Become a fan of Align It Games on Facebook:
https://www.facebook.com/alignitgames/
♥ Thank you for your love, Highest Rated Bead 16 Game on Play Store
◉ Whole new Leader board, Play With friends experience.
◉ Hints Added, Review any game now
◉ Now Save any game and review it later anytime.
IDS= com.alignit.sixteenbead Money Tree - Grow Your Own Cash Tree for Free!