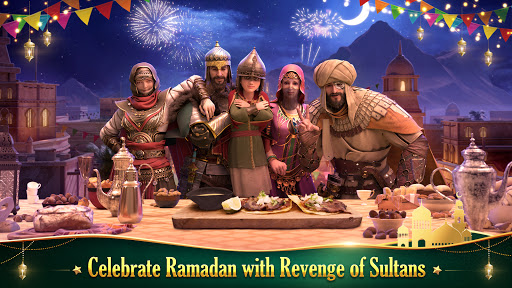 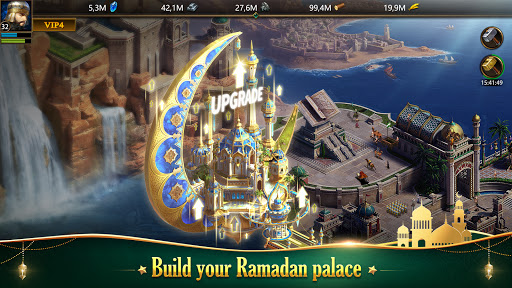 The winner of Google Play Best Games in 2016!
Revenge of Sultans, the best Arabic strategy war game, is bringing you an exclusive Ramadan edition!
Enjoy the best Ramadan celebration of your life with limited Ramadan gifts, frosty decorations, daily sign-in rewards, and stunning firework displays!
The first and best epic real-time Arabic strategy war game made especially for Arabs to reclaim the ancient glory of their ancestors. You, my Lord, are called by the people to take on the great challenge to become the next king in the hope of bringing peace and prosperity back to this land.

:: Features ::
• Join us for an unforgettable Ramadan celebration! Sign in daily to earn amazing gifts valued at up to $500 USD, join fun Ramadan events, and claim fabulous decorations!
• The first and best Arabic strategy war game designed especially for Arabs.
• Stunning graphics and a beautiful soundtrack.
• Play anywhere, anytime.
• Build your castle, upgrade and defend it with turrets, sturdy walls, and traps.
• Battle players from across the world, and crush them to snatch their resources.
• Build your own army of swordsmen, archers, camel riders, catapults, and other mighty fighters and tools.
• Join forces with other players and friends to form a powerful alliance, and clash with others during PvP battles.
• Fight other alliances during massive PvP conflicts in the Throne War.
• Immerse yourself in medieval warfare, and experience the lives of legendary kings.
• Battle your way toward victory, and become the greatest king that has ever lived!
A) New Additions
1. Eid al-Fitr events
2. The Military Stronghold feature
3. New Kingdom event – Castle Upgrade