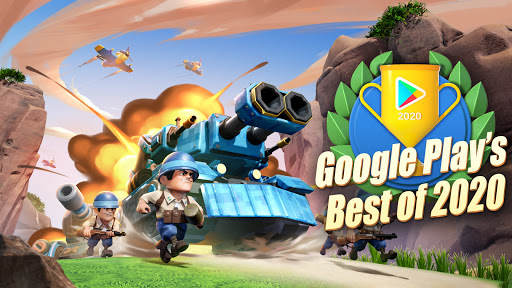 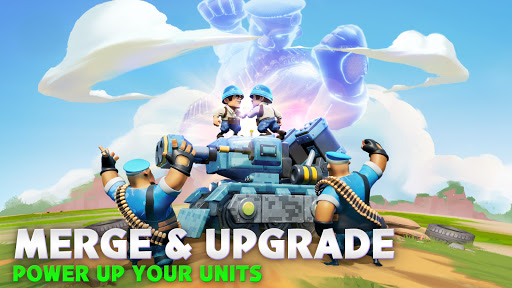 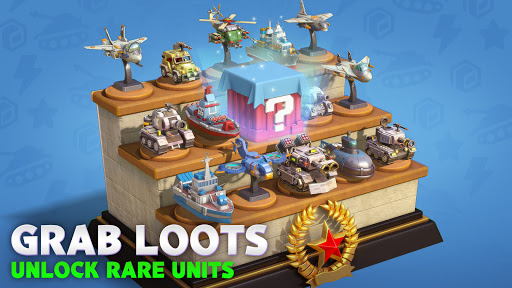 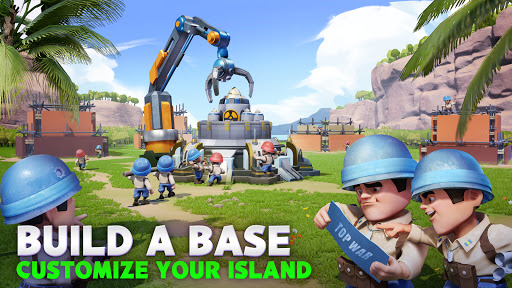 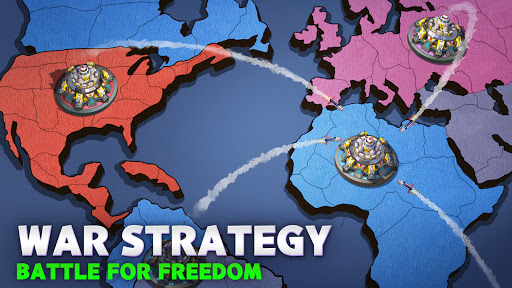 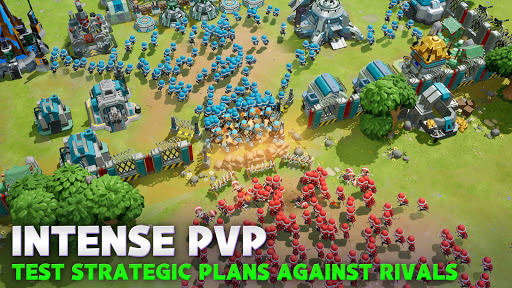 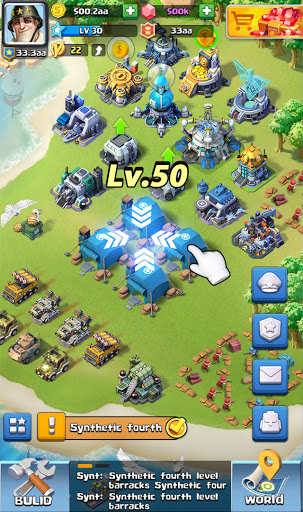 The Dark Legion is coming! The Tyrant rules the world!

Wars continue and people are homeless. Who can save the world?

Join the Liberty Alliance and step forward fearlessly and become the strongest Commander!

Merge to Upgrade
Whether it’s a building or units, you can upgrade as long as it is merged! Top War is an innovative strategy game featuring merge to upgrade gameplay, no more long upgrade waiting times, just merge two together and the upgrade will finish instantly!

Various Class Options
Want to become a warrior like a Combat Elite on the battlefield, or a professional who makes various kinds of magic weapons? There are Tactical Masters, Grand Marshals, Legendary Craftsmen, and Great Scientists for you to choose from. Use intelligent combinations of Classes to win!

Build an Idyllic Island Base
Starting with a deserted island, build a base to train armies and then make the base more stylish with variety of buildings and decorations. Come and show-off your unique style!

Online Battle with Players from all over the World
A variety of battle modes, Battle of Kingdoms, Wild Monsters, War Robots,Throne Showdowns and experience real battles with your alliances, fight for glory, dominate the World!

Eternal Land, Cross-Server Battle for Domination
After a long period of construction and development, make way to the Eternal Land. A new large-scale cross-server gameplay with unbelievable battles, the experience will fulfill the desire in your heart: Conquer the World!
Gather your alliance friends and go to unveil the mystery of the Eternal Land!
Patch Notes
EVENTS
[NEW] Warhammer: Lammer-N1001 spawning on World Map!!
OPTIMIZATION & BUG FIXES
[Optimization] When you collected enough shards to recruit a hero, the hero will be displayed at the top of the hero list
[Optimization] Increased gathering load for Shrek SH-4i
[Optimization] Fixed the visual bug of Army Piercing attribute in Battle report
IDS= com.topwar.gp