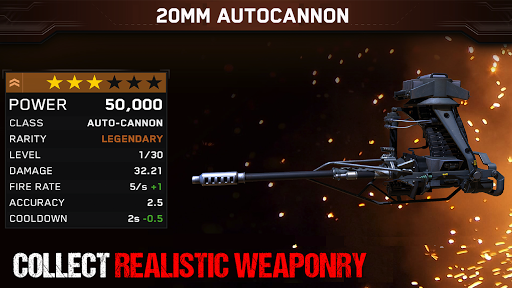 Survive the apocalypse and play this zombie survival game. Unleash hellfire into the dead from your gun ship seat in the AC 130. In a world where most of the population turned into zombies, a few survivors fight the zombie horde attacks from a military operations base.

Build up your defenses in your base as the last shelter for survival. Help your ground troops complete their objectives from your ac 130 gunship. The zg survival of your squad against the walking zombies rests on your shoulders. Become a legendary weapon collector!

Equip your AC 130 gunship with undead effective weapons and upgrade them for more damage and spread your war wings! Shoot zombies from above to defend your army. Loot precious resources, gold and other rewards, bring them back to base and build your defense to repel zombie assaults in this zg survival game

Features:
– Provide air support for your troops from a mounted gun against the dead hordes of zombies. Plan your mission before deploying your troops to achieve maximum efficiency
– Play Assault, Demolition, Sniper and Scout and equip realistic weapons
– Military accurate infrared night vision. Realistic and upgradable weaponry and challenging first person shooter combat scenarios from your gunner seat.
– Zombies with several terrifying abilities threaten your squad’s safety. Hard to kill titan zombies will be a challenge to your shooter abilities and pose a risk to zg survival.
– Collect gold and other rewards to build better defenses in your shelter. Upgrade your tower defenses, barricades, weapons and guns to defend your army base against zombie assaults in this zombie shooting game.
– Shoot the most zombies using different weapons in weekly events for legendary rewards!
– Play with a vibrant community. Discuss shooter game strategies with friends.

By accessing or using a flaregames product, you’re agreeing to our Terms of Service (www.flaregames.com/terms-service/).

Parental guide
Zombie Gunship Survival is free to download and play, however some game items can also be purchased for real money. If you don’t want to use these features, please disable in-app purchases in your Google Play settings. According to our Terms of Service, Zombie Gunship Survival is allowed for download and play only for persons 16 years or more of age, or with explicit parental consent. You can read more here: http://www.flaregames.com/parents-guide/FESFES.
Salute, Airmen! A new territory has been reached!
*New Campaign: “Ruined Hamlet” is now available
*New Levels: 2 new scenarios are available in the newly added campaign
*Minor Bug Fixes
IDS= com.flaregames.zgs