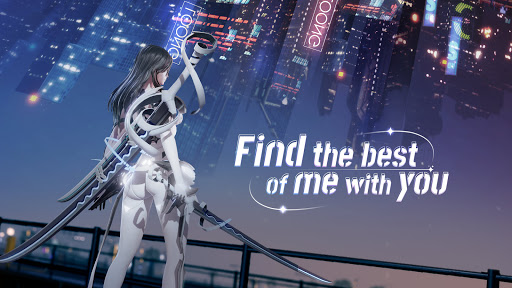 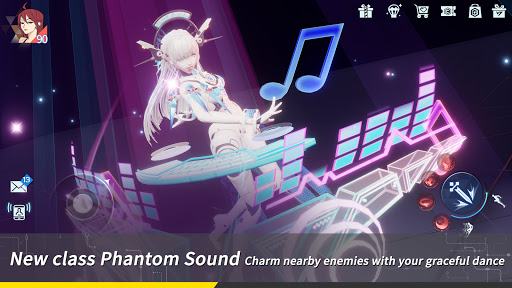 Dragon Raja SEA brings you more of imagination! No matter starting a romantic life with your soul mate, building a dream house, or being a dragon slayer with teammates, making friends from all over the world, you can lead a second life here! Dragon Raja SEA creates an immersive open world through the use of cutting-edge technology and stunning graphics, where you can raise your babies with beloved one and challenge yourselve on real-time battlefields.

New Class phantom Sound is released! Born to perform on stage, Phantom Sound feels the spotlights’ call, uses the microphone as the weapon, the sound of notes as the medium. They combines with the changeable skills to produce heavy outputs. Besides, the Weapons of Sins system is waiting for the elites. Choose the Main Weapon to release more powerful damage to enemies!

New Class Phantom sound——Control the battlefield with magic performance
The new long-range class Phantom sound is here! Like a flower grown from the ashes, a wandering singer after freedom. Phantom Sound forms a bond with its ally by performing melodies with various instruments and switching between two statuses easily. For those who walk into the Phantom Sound’s songs by mistake, there’s no need to struggle, as they’ll be forever lost in them. Let’s experience the new class with its magical music and graceful dance in Dragon Raja SEA!

GIGANTIC OPEN WORLD
Many landmark locations around the world have been recreated in Dragon Raja SEA for you to explore and travel!
With the open storyline, different dialogues with NPCs based off of your own choices, give you the power to change the very world. You can also take a selfie with your favorite characters anytime anywhere!

STUNNING GRAPHICS
Day or night, sunshine or rain, you can explore the world of Dragon Raja SEA freely!
With simulated physical collision system and optical motion capture technology to deliver “smart” environment, it makes you feel like you’re in the real world!

COMPREHENSIVE CHARACTER CUSTOMIZATION
You can create unique characters and dress them whatever you want.
Casual, retro, street, and futuristic are just a few of the styles you can choose from!
It’s even possible to define your characters’ personality through different responses to unforeseen events.

FIERCE REAL-TIME COMBAT
Dragon Raja’s realistic combat and gameplay deliver an electrifying PvP system.
Test your skills in duel or battleground where holds hundreds of players. Or fight for honor and glory through club matches.
PvE system features a multitude of unique bosses and riddle solving, which makes each PvE dungeon a fresh experience.

System version: Android 5.0 or above
RAM: 2GB or more
Free space in the system: at least 6 GB
CPU: Qualcomm Snapdragon 660 or higher