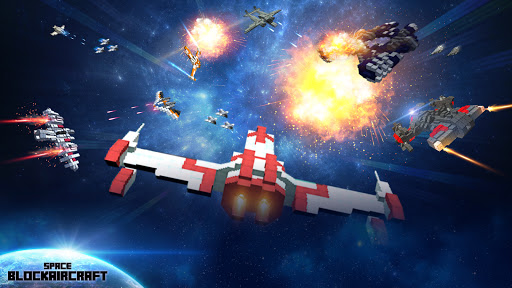 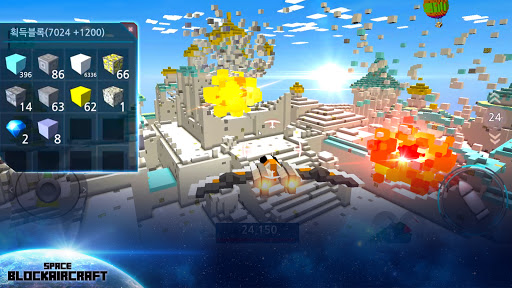 # Make your own block aircraft!
The more planets you conquer, the more various blocks you can collect.
Conquer the countless planets in the universe to collect unique blocks
and build aircrafts with cooler skins and more powerful damage!

# Battle against block troops
Set your target and aim for the block troop. Destroy every block troop guarding the planets. It’s game over if your aircraft’s HP becomes zero. Shoot down every enemy aircraft and block troop to conquer the planets!

# Travel the universe
Have fun exploring the universe full of planets with different environments and buildings made of various blocks.

# Show the world your block aircrafts
Use the colorful blocks to craft something majestic or cute! It’s totally up to your taste! Collect various and unique block aircrafts and show them off to the people from all over the world.

※ This game is free to play, but you are able to purchase some paid items. Additional cost will be charged when you purchase the paid items. Refund may not be available according to the type of the paid item.
IDS= com.cwgames.spaceblock4