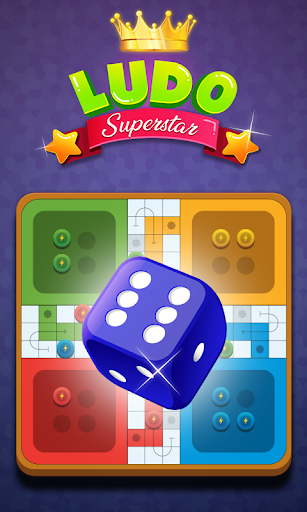 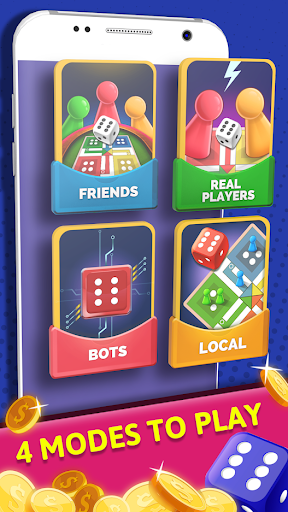 Ludo board game is fun and hilarious game to play with friends and family. It is the best of all board games, lets you share some wonderful time with your loved ones. Don’t wait any further, get the dice rolling and play Ludo SuperStar!

It is also known as Pachisi, and is very similar to a Spanish board game, Parchís.

This game has stayed popular throughout the ages, varying only a little in its game structure. The game is played between 2 to 4 players and you have the option of playing the game against the computer, against your friends, or even against people from around the world.

Ludo by BlackLight lets you define your own rules that suit your requirements.

Ludo Classic Features :
– Added rules/options which are played and popular in the world.
– Option to show safe cells(square) which is represented by star icon.
– Option to get another turn on both dice number 1 and 6.
– All the rules are optional so you can play both international version.
– New modern design with wooden board.
– Option to choose the dice number 6 which will start the coin.
– Option to choose the number of coins to be played with 2,3 and 4.
– Multiplayer in the same device, 2 and 4 player Real-Time Ludo.
– Play against Computer.

In ludo the objective is pretty straightforward; each player gets 4 tokens, these tokens must make a full turn of the board and then make it to the finish line.

Whoever gets all four tokens to the end first is the winner. However, each move can only be made based on the number decided by casting a six-sided die, and each token can only move out of their home by casting a six. Additionally, the competition factor of the games is upped by the fact that while moving if another player’s token lands on the same square as your token, then your token will automatically be sent back home and you’ll need to roll a six again.

Check our Web Site for out latest blogs
http://Ludo.ooo/