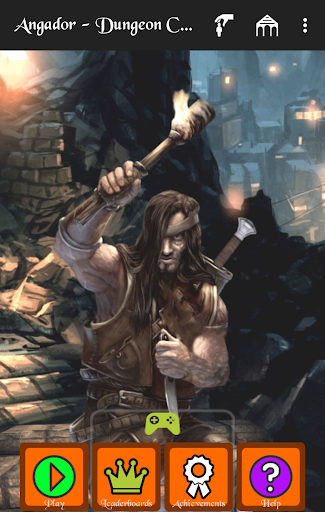 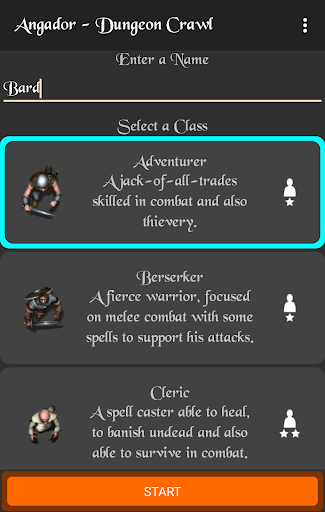 Enter the dungeon of Angador, explore its uncounted levels, smash its monstrous inhabitants and collect their treasures. Use the auto-play mode to stay idle and have the game AI control your character through the dungeon – or control the hero yourselves.

Choose Elf, Dwarf, Half-Orc, Gnome or Human and pick one of twelve pre-made character classes (Fighter, Thief, Adventurer, Tracker, Cleric, Druid, Mage, Sorcerer, Paladin, Ranger, Warrior Mage or Berserker) to start your adventure. If you don’t want a pre-made class then you can individually select talents, set the main attributes and develop skills and thus fully customize your hero character yourselves, just like in a real pen&paper fantasy role playing game. Each character can develop over a dozen skills and up to four spells, depending on the class or talents selection.

The adventure starts above ground, where you can also find a merchant who will buy your loot and sell potions and new items to your hero. Inside the dungeon you will find a typical dungeon crawl game, where monsters inhabit the endless levels and guard their treasures. With every level you go down the monsters become more and more dangerous and their treasures more valuable. Try to get as far as possible to rise up the ranks in the leaderboards!