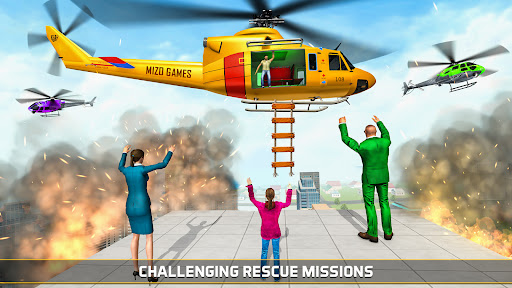 You might have played many rescue helicopter games but this army helicopter rescue game comes with a different set of challenges and missions. Combining the thrill of helicopter rescue games with the training element of helicopter transport games, this helicopter ambulance game teaches you how to fly the copter and perform heli rescue duties as a helicopter pilot not seen in many helicopter flying games. You will transport the accident victims to the hospital in emergency situation and use your rescue copter to airlift cars, trucks and other destroyed vehicles to the scrapyard. Your target of flying rescue helicopter to different locations in tight timelines with multiple hurdles makes this helicopter rescue simulator one of the best helicopter games & top chopper games. If this sounds exciting & you are willing to join the rescue team and become an air ambulance flight pilot, Helicopter Rescue Simulator 3D is exactly what you are looking for.

Freja eID - My ID in an app

Tessie — For your Tesla